I've spent previous vacations in other states but this spring I spent a week on home waters. Fishing several consecutive days in some of the same spots I would have on a regular weekend didn't and still doesn't sound like a bad idea to me.


I and my fellow cabin inhabitants kept a more or less predictable schedule of fishing, drinking, eating, drinking and sleeping. Our 4 nights at the rented wooden domicile included a green trout pond with a few large rainbow trout, a brown and supposedly some brookies (I never saw them). Sitting on a cowboy porch and watching large trout pluck bugs from the still ceiling of their home is hypnotic. 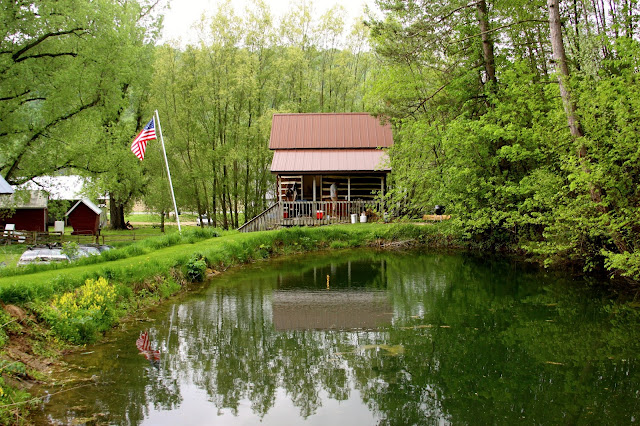 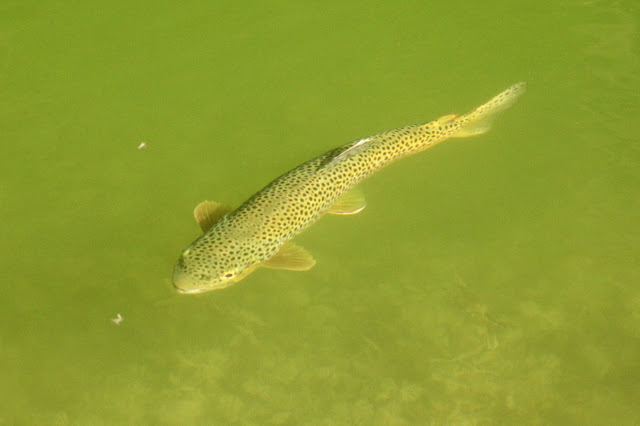 We stayed within the Timber Coulee system and fished both nearby and up to an hour away. I spent the first night camping at the Westby Rod and Gun Club campground. It is directly on the creek (both sides in fact). I fished for 20 minutes in the morning and caught a brookie and 2 browns.

The weather was divided between bright warm days and rainy gray days. But even when the creeks nearby became blown out, there were creeks that still fished well, sometimes dramatically close to an unfishable creek. 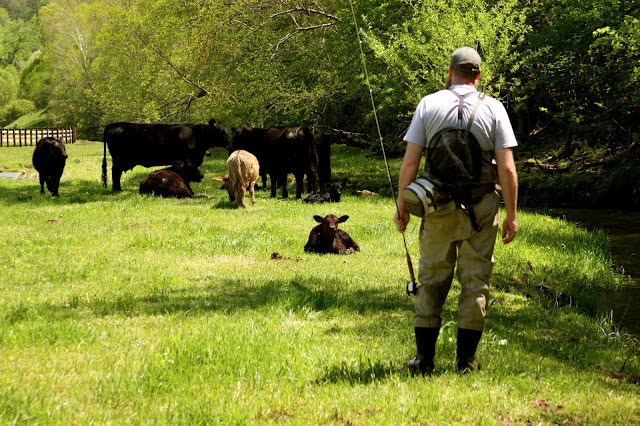 One day, I was invited to join the trout hunter, Len Harris. He tried to bring me to one of his home streams but unfortunately it was beyond chocolate milk. More like peanut butter. Fortunately, all we needed to do was drive north over the ridge and we were in semi clear water. 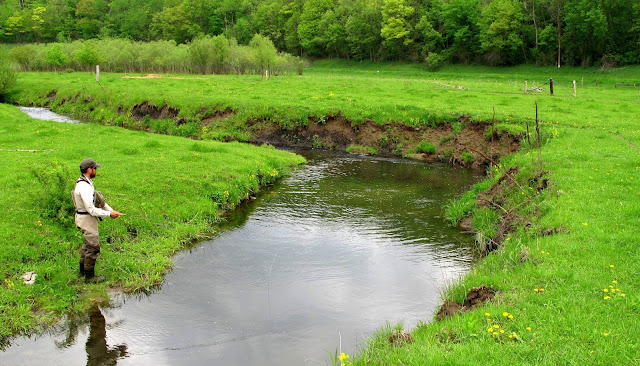 After my companions had to depart late in the week, I fished for a couple more days on my own, camping again, but this time at the familiar Viola campground.

The afternoon prior to camping found me at an upper stretch of a creek I'd fished a lot recently. All fish caught were brookies. Some of this stretch was improved for trout habitat. However, all the fish I caught were below and above that section. 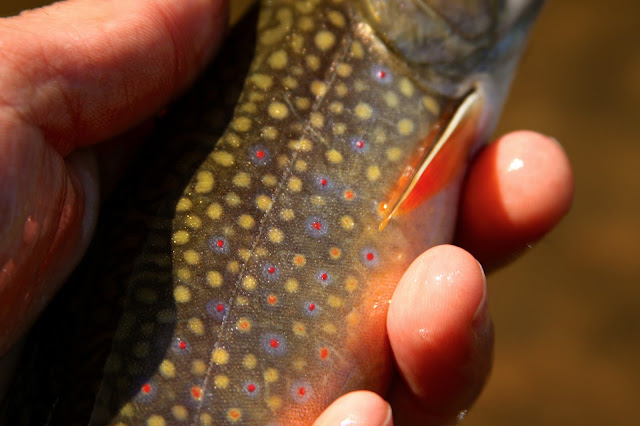 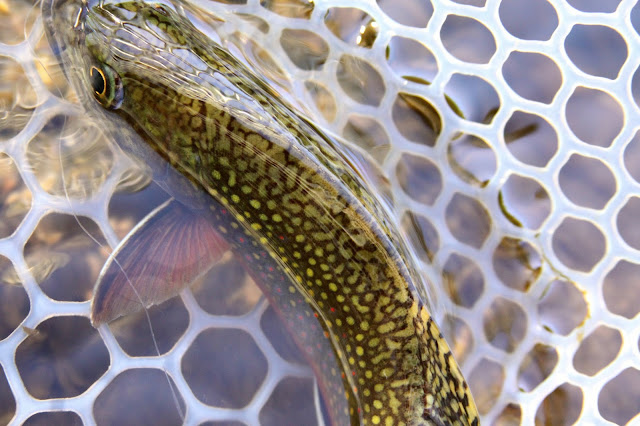 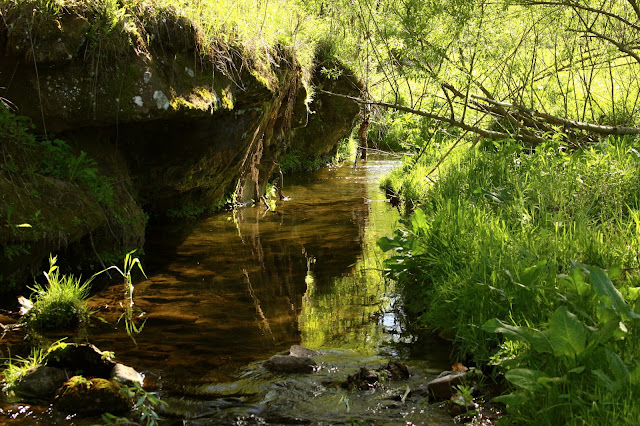 I woke up the next morning in Viola with ice coating my tent. The temperature had gone south of pleasant and the evening dew had frozen to a shell. I shoved my hands into my pockets periodically to warm them as I folded up my crusty tent.

A ridge away at the creek, I found fog rolling between the bluffs and down the stream. Light gave the vapor volume and the silhouettes of trees gradated from dark to light, giving them a stacked appearance. 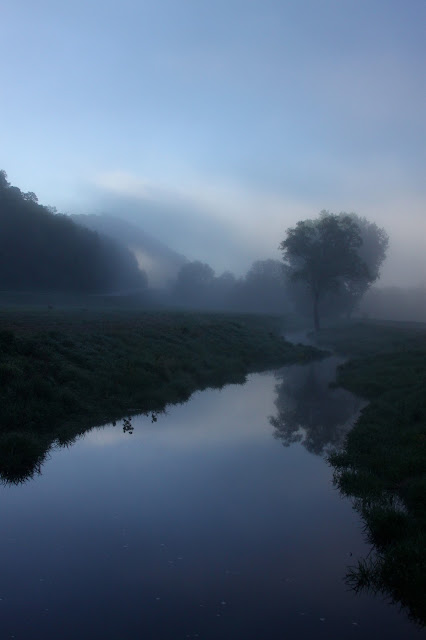 I ended up spending about 8 hours fishing this creek. Eight fish were caught. Yikes. In my defense, the day ended up blue bird sky-tastic and my leg hurt.

Seriously, my leg really hurt by the end of this all. There is a limit to how much non-stop fishing is physically possible. Especially when navigating knee deep mud, barbed wire and farm animals. I actually stopped for 4 days after the 6 day driftless dash. I clearly need more training. 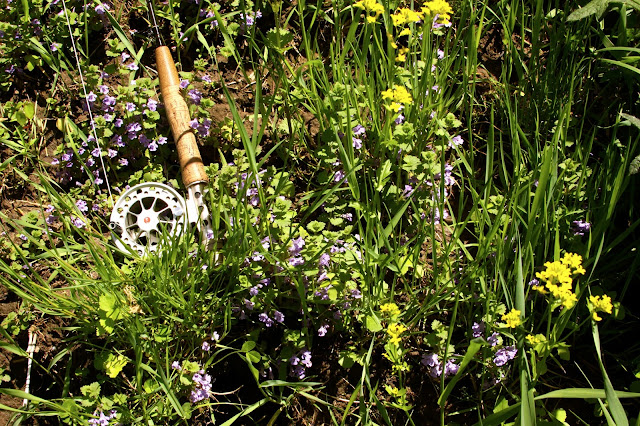 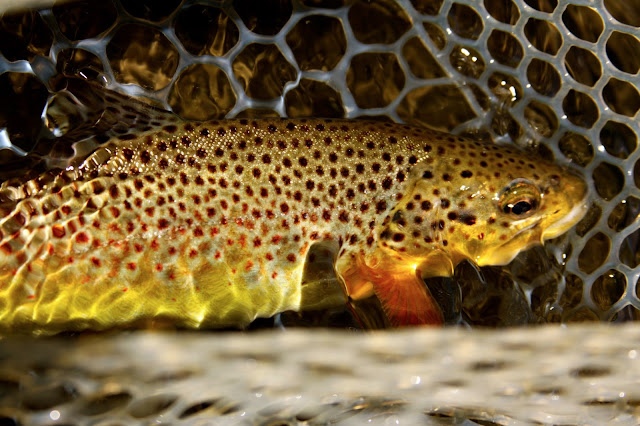 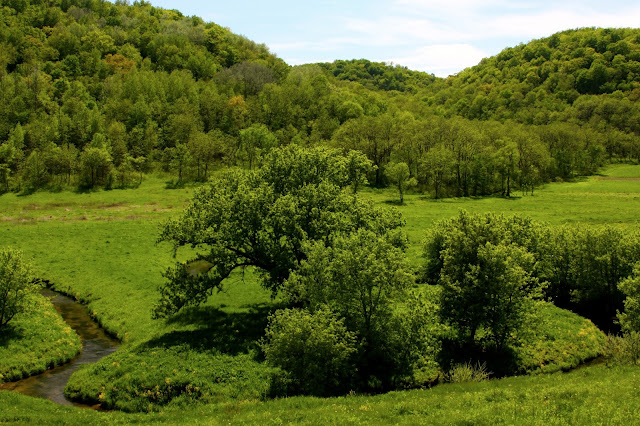