Thus Concludes The 2013 Catch and Release Trout Season, So Begins The Catch And Eat Season

A few friends of mine like to refer to the early season as play with your food season, or catch and torture season, but I really don't mind it myself. Banks that will be choked with grass, stinging nettles and wild parsnips come summer are now all easy to navigate. Black flies, biting gnats and mosquitos are all mercifully absent. The bite is a bit more difficult as the trout aren't distributed around the creek as they soon will be, but I had a few nice days with plenty enough action to make heading out into the cold snow lined waters worth it.


I made it out to a creek about 15 different occasions and only got skunked a few times. In addition to the 3 counties I usually haunt in Wisconsin, I had an opportunity to fish a couple of Appalachian creeks in western Virginia for native brook trout.


And just a couple of weekends ago, I spent some time in north eastern Iowa, enjoying the first real warm weather and successfully using dry flies at long last. In Iowa, along with the year round fishing, it is also legal to catch and eat in most streams.  I partake in the consumption of these wild caught delicacies free of moral dilemma and whenever the opportunity presents itself.

The early season did cause me to question my sanity at least once. Ice storms shouldn't be driven in. You especially shouldn't be driving near Wildcat Mountain on highway 33 in an ice storm. But I did. My car at times spontaneously slid directly sideways. When I finally made it to my destination, my hair was 40% thinner and I was getting spit at by little ping-pong balls of ice. It was also windy. No fish were caught until the very last hole of the run. The ice coating on my car antenna sure looked cool though. 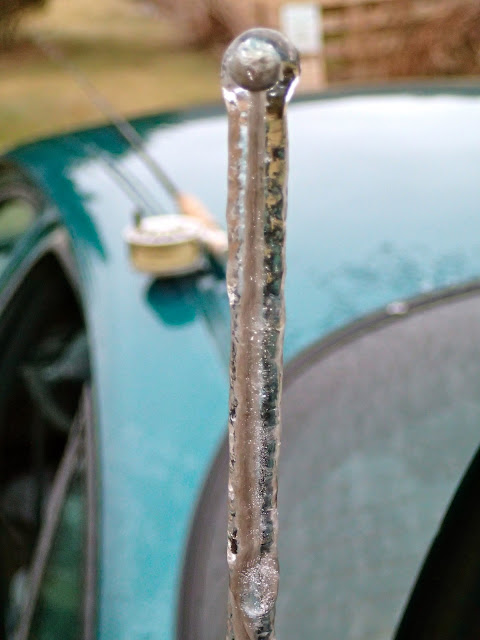 But now the weather is warming up and with it the warmth of strangers. One morning, I poured over my maps of a creek in Crawford county looking for a sliver of color that represented DNR easement. I was walking the property line of a farmhouse when a flanneled elderly gentleman approached me in an old flat colored pickup. I prepared to be interrogated. Instead, he asked "are you going to walk all the way down to that creek? You're welcome to drive down to it with my driveway, anytime!"

The fishing that morning was excellent with a dozen trout caught on my own pink squirrels before heading to my next planned destination.

This was a lesser known stream that had little to no public access. A friend advised me to ask a particular land owner who resided on the banks of the creek. I rolled my suspension challenged Taurus down a long narrow driveway which had its own little bridge over the creek. On the other side, a large farmhouse stood flanked by large trees, several out buildings and an immaculate yard. I've never asked permission for creek access before and was a bit nervous.

As soon as I stood up outside my car, a voice emanated from the screened in porch of the house. "You're here to fish", he stated, rather than asking. "You're welcome to fish my land. Anyone is welcome to fish here. I saw some big ones under the bridge this morning, it's very deep there, over my head. I know, because I swam down there last summer to get a tool... wasn't worth it! Don't forget to check those beaver dams up stream either. Some big ones in there. Good luck!". 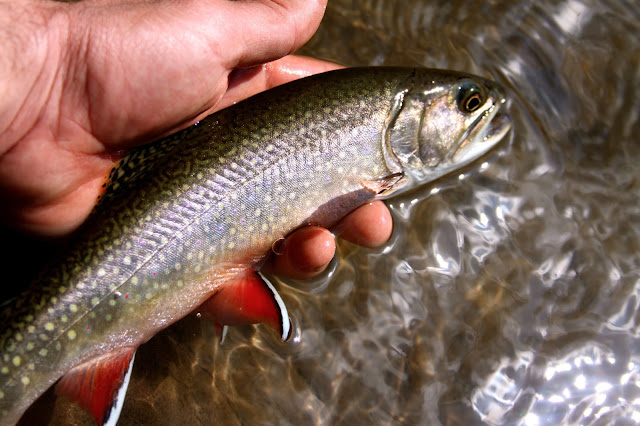 I didn't catch any monsters, but saw some. I only spent an hour there as I was to meet up with Brown Beard that afternoon. It was a busy day in the best way. 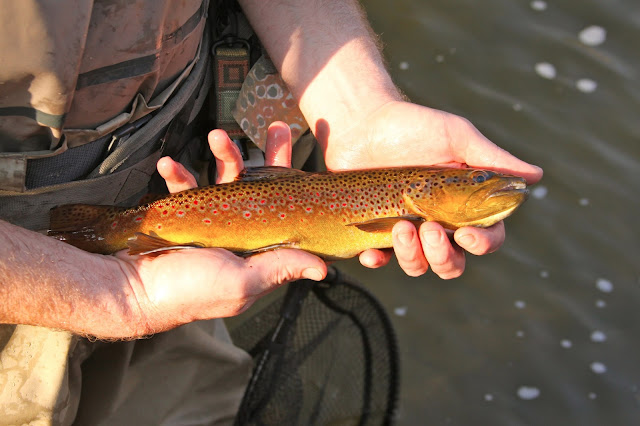 Winter held on tight to us here in Wisconsin, but it finally seems to be loosing it's grip. Everything is turning green again in that slow and imperceptible way that only those of us who live in four seasons can enjoy. The days are getting longer too, which means this "9-5er" can wet the line after work. I live on the eastern perimeter of the Driftless so my options in this scenario are limited to some small brook trout water in all but the longest of days. I'll take it though.

Soon, there will be rashes, bug bites and sweat filled waders to deal with. That's fine with me. This will be the best season yet. In a week, I'll be on a trouty vacation right here in the Driftless. No reason to travel far for a week of fine fishing. Expect a mega report. It's getting hard to keep up really... but that's also fine with me. 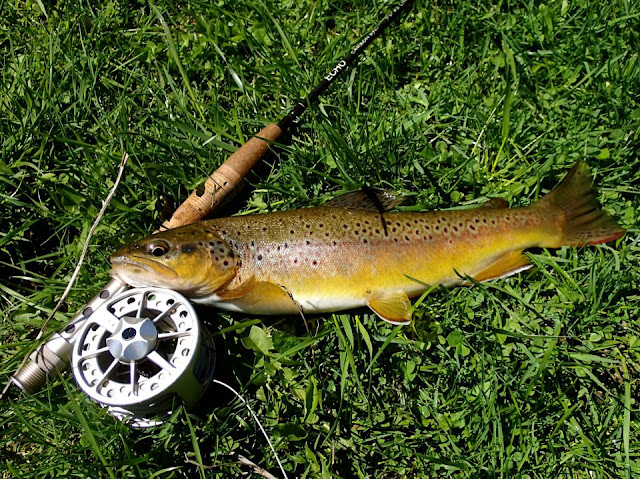